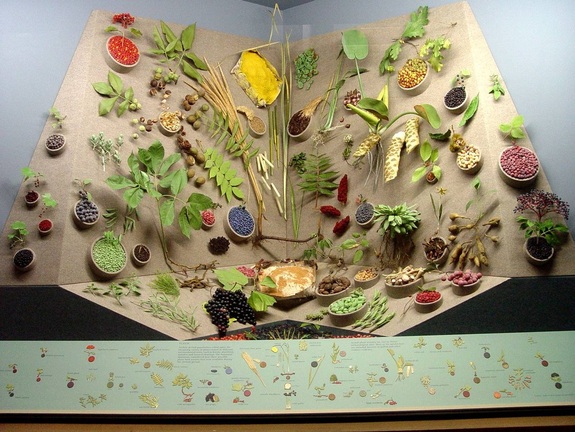 This exhibit is a culmination of two years of work by Gary Hoyle - collecting, color noting, mold making, casting and finishing of over 100 edible plant parts and nearly 50 plant specimens.  Most of the fabrications were done in wax.  At the opening of this exhibit Mr. Hoyle was invited to write an article about the the development of the exhibit for The International Journal of Museum Management and Curatorship in Oxford, England.
Below are closeups of various artificial plants and their edible parts created for the above exhibit case. 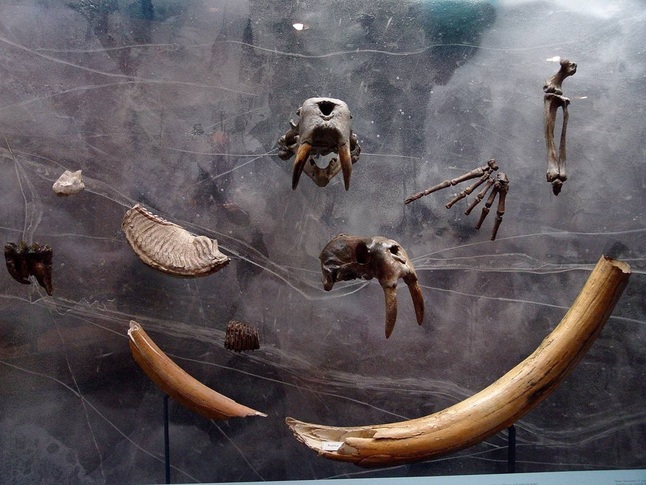 This exhibit was designed by Gary Hoyle.  The metalwork to support the fossils was built by preparator Burt Truman.  Mr. Hoyle also created the artificial ice wall as a backdrop for the fossils.  Because the actual mammoth tusk had to be sawn lengthwise in half for scientific analysis, Mr. Hoyle made an accurate cast of the specimen for this exhibit [see the two sections in the lower portion of the exhibit]. 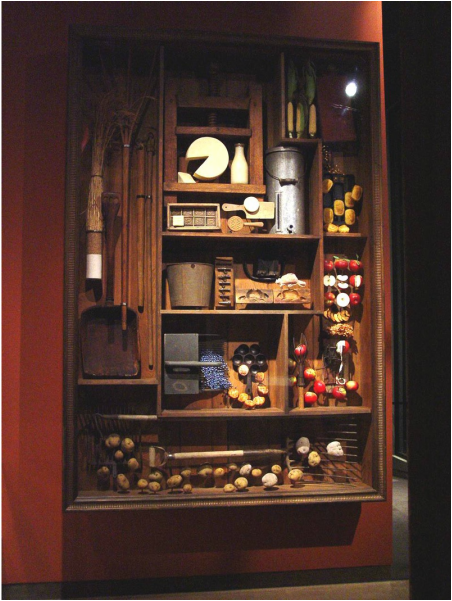 Wax and plastic vegetables, fruits and products were created to show their association with farm implements.


The photographs below are closeups taken of the Agricultural Exhibit Case showing fabrications done by Gary Hoyle, such as the beeswax cheese wheel, polymer clay and crepe paper blueberries "spilling into" wax blueberry muffins, wax potatoes on a potato fork and polymer clay whole apples and wax "fresh" apple slices.  The dried apple slices are cast polyester. The peel being "cut" from the apple is a strip of shaved leather that was dipped in melted wax and then painted.


The examples of squashes in the corner of the exhibit below are wax models created by Gary Hoyle. 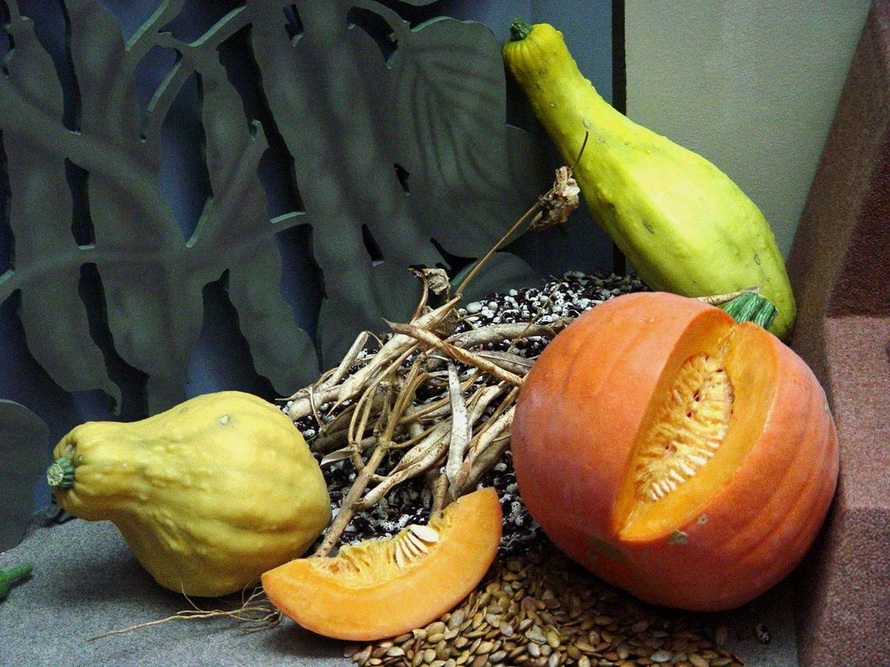 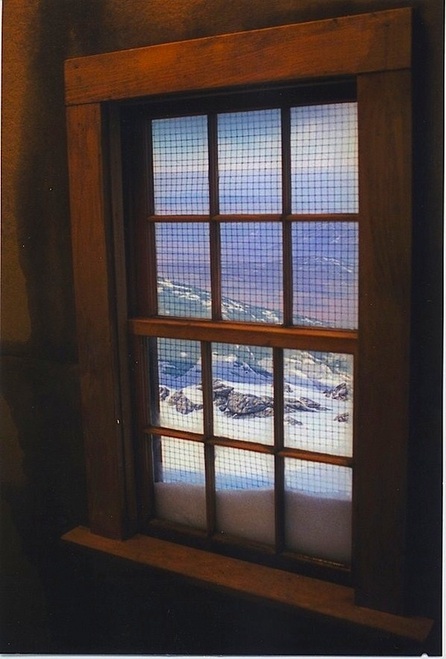 The illusion of space in the window of this exhibit was created by painting on a curved background then filling the foreground with an artificial snow. Since fluorescent lights illuminated the painting from the right and left sides, the painting had to be carefully planned so that the scene appeared evenly lit.  To accomplish this, Gary Hoyle had to apply paint beginning at the center of the curve then darken the paint as he worked toward the lights.  To keep the illusion of an even saturation of colors across the curved surface Mr. Hoyle used a richer mix of pigment as he approached the light and reduced the saturation with complementary colors.